I’m posting. Which means I’m still alive despite having flown by plane. That’s good neeeews!!
I’m finally back, I’m so happy ^o^
But before talking about how life is here, allow me to talk about my flights.

Both of our flights were on time. They departed a bit later than what it should have been, but since it has always happened with all my flights, I guess it’s normal. And by later, I mean less than 20-30 minutes. The cool thing with planes, it’s that they fly fast. Very fast. Our highest speed was around 1050km/h. Can you imagine that, it’s pretty close to Mach 1 (something like 1230km/h). When you need to travel almost 10000km, that’s rather convenient. Well, you are in the air, there is a risk of crashing, it’s narrow, there are turbulences (good luck sleeping with that), it can be boring (especially when you cannot plug any of your devices to charge them), and so on. But it’s cheap (regarding the huge distance), and fast.

We departed from Paris. Let me tell you something about the duty-free shops: that’s some frigging scam!! If you thought that items were cheaper there, then you were mistaken. One example: my wife bought some Ferrero Rochers (heavenly good chocolates). It cost around 13€. We had bought the same box not a month before in a regular supermarket, it was 10€. In France, tax is almost 20%. But in that case, as a “duty-free” zone, you are not supposed to pay any tax, hence paying cheaper. Go figure…
Oh, and let me show some cheap wine too. Prices are in euros: 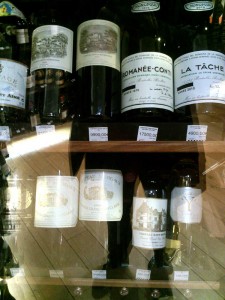 You can start applying for a loan if you are interested 🙂

Let’s focus on the flight
Air China is, as you had guessed, a Chinese company. I had read many things about it before leaving, but I wasn’t too worried as I actually don’t mind about services provided on planes. As long as I can eat something, move and go to toilets. But because I read on some website that they had different kinds of planes, I was hoping that we would get on one having plugs allowing one to charge (and therefore use) devices such as PC or tablets/phones. Regarding the latter, it’s crazy to see that you are not allowed at all to use your phone during the whole journey (even by leaving it on “airplane mode”). Man… have you ever heard of a crash caused by a phone? No? Me neither. Anyway, I used it, and that’s why I have some photos to show. That’s THE bad points of this flight: no charging outlets, and no phone allowed.

Oh by the way, could anyone explain why the god damn @#% there was another plane that close to ours???

Don’t starve
Because it’s a long-haul flight, there are (at least) 2 meals, which will depend on your departure time. In our case, because we left at noon, we had a lunch (not long after having departed) and a breakfast (around 4:30). That’s not a lot, but it’s enough, and if we were hungry we could ask for some snack.
So far I’ve never been disappointed by what is served on a plane. That’s not the greatest food, but that’s good enough.
Here is our menu (click to enlarge): 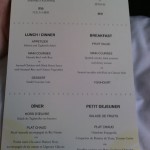 I chose the Chinesish menu, which was fine. Only the tagliatelle salad was not very good, more like a taste of plastic (I suspect some crappy sauce). Apart from that, I enjoyed that meal. 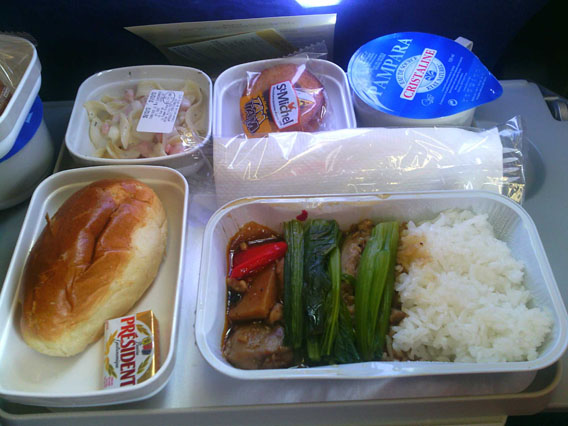 The next meal was as nice as the first one. Obviously, the croissant sucked my balls, but that’s probably because I’m French and like fresh hand-made croissants from the bakery. I’m already missing this type of food T_T
Looks tasty, doesn’t it? 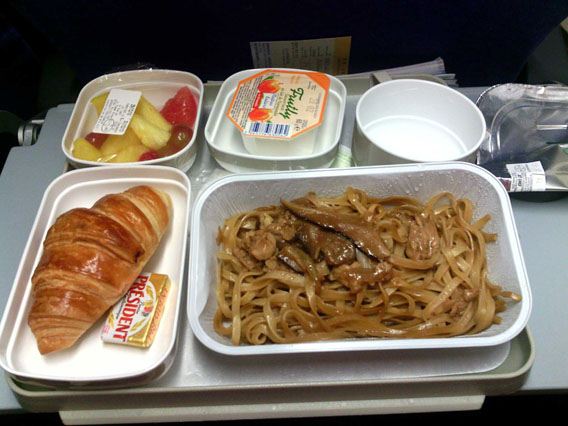 Get busy or die of boredom
An 11-hour flight is boring. Really. Fortunately, some companies offer their customers independent monitors to watch movies, listen to music, play games, get information about the flight, etc. Air China is one of those companies. We could watch recent (and even not released yet) quality movies such as Man of Steel, Man of Tai Chi (with Keanu Reeves, coming soon), Monsters University, and many more. A good way to spend hours without noticing it. 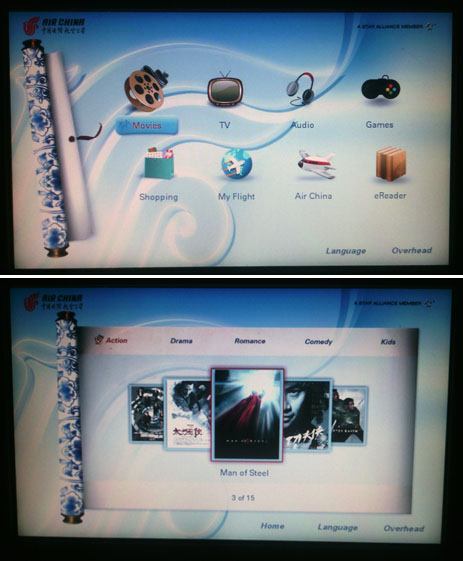 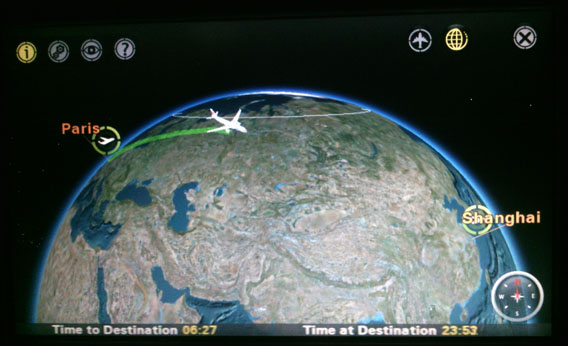 Chinese company, Chinese airport
Unless you have extra cash or book at the perfect timing, there is no way that you can get a direct flight (I believe only Air France and JAL do Paris-Osaka). Well, I didn’t have that much amount to spend in my ticket, so we stopped by Shanghai Airport (Pudong). Nothing to say, it’s an international airport: big, expensive, big, surrounded by airplanes, big.
Oh yes, one thing: what the hell am I supposed to do to use your “free” Wi-Fi??! It’s free. The only thing to do, as it is written, is to get a free login from some machine. All right, sounds easy. But wait, where is that machine? Where is the little Chinese guy supposed to help me whenever I’m in a need of something? I was even willing to give a tip! How about 1€? That’s worth a one-day salary in some factories you know…
Anyway, I couldn’t manage to connect. Not that I wanted to check anything in particular, but just to tell my family that everything was going well.
Oh, here is a tip if you want to know that someone’s journey is fine: watch the news. No crashed plane? Well, what worse could happen? So all is well. 😉

At least, in that big quiet airport (it was early morning), some people are working. Do your best guys! 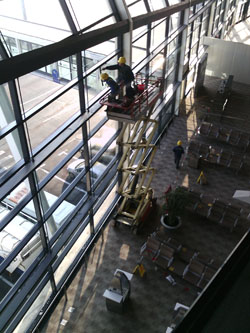 Welcome to the country of sushi
Yes, I love sushi, but that’s not the point.
We arrived on time, that was a perfect journey (except the stupid turbulence – man how am I supposed to sleep seeing how scared I am?). As soon as I arrived in the main lobby, I wanted to use the free awesome Japanese Wi-Fi. Connecting… and… what the…?! Are we for real in Japan? I bet that the crappiest Indian airport has a faster connection! And by slow, I mean that it was not loading anything! Anything at all! Man… can’t even tell my family that I’ve arrived. If I were a believer, I would have said that it was a bad omen. Good thing I’m not.
Once outside, we got on a bus heading to Umeda (the main train station of Osaka). We could (and should) call it a shuttle, but they call it a “limousine bus”. Oook, that’s not the image I had of a limo.
It took about one hour from the airport to the station. Then we had to move by train to our place, which was quite painful seeing the size and number of our pieces of luggage. But I’ve known worse, so no complaint.

Where is Biwa-chan?
Ah, worry not, reader, he is fine. I guess he feels a bit ashamed: a bird flying on a plane… Geez. Well whatever.
He found some places where to stay and reflect on his laziness. 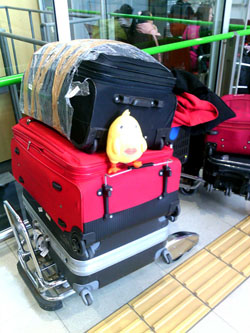 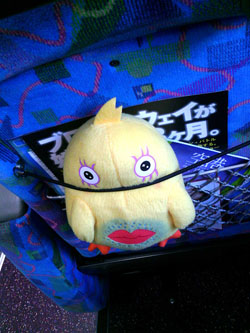