Here it is! After a 3-looong-year wait, it was about time! Biwa-chan is back in Japan, and for long!
This time, the next destination is not Kyushu but Honshu, and more precisely Osaka, one of the largest metropolitan areas in the world (in the top 15 [size, population, etc]). The first one being by far… Tokyo. 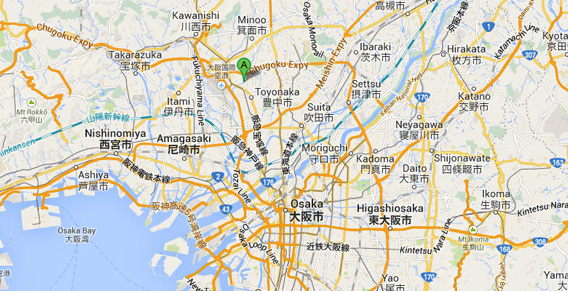 So I’ll be living with Biwa-chan in the Northern part of Osaka (Senrien area), 12 to 16km to the City Office (not far from Umeda station) depending on the route (and according to Google Maps).
4 years ago, in September 2009, I went to Japan using China Eastern Airlines. That time, it is Air China. Why is that ? Because they allow passengers on international flights to or from Japan to carry 2 pieces of luggage of up to 23kg each !

Economy Class passengers with adult-fare or child-fare tickets are allowed up to two pieces of baggage free of charge, each weighing no more than 23kg and with total linear dimensions of each piece not exceeding 158cm – Source

Man, isn’t that awesome ? When most companies allow you to bring only one piece of luggage (up to 30kg if you are very lucky), that one brings there an exception (that policy must be since 2011).

Well, that’s all for now, so stay tuned!