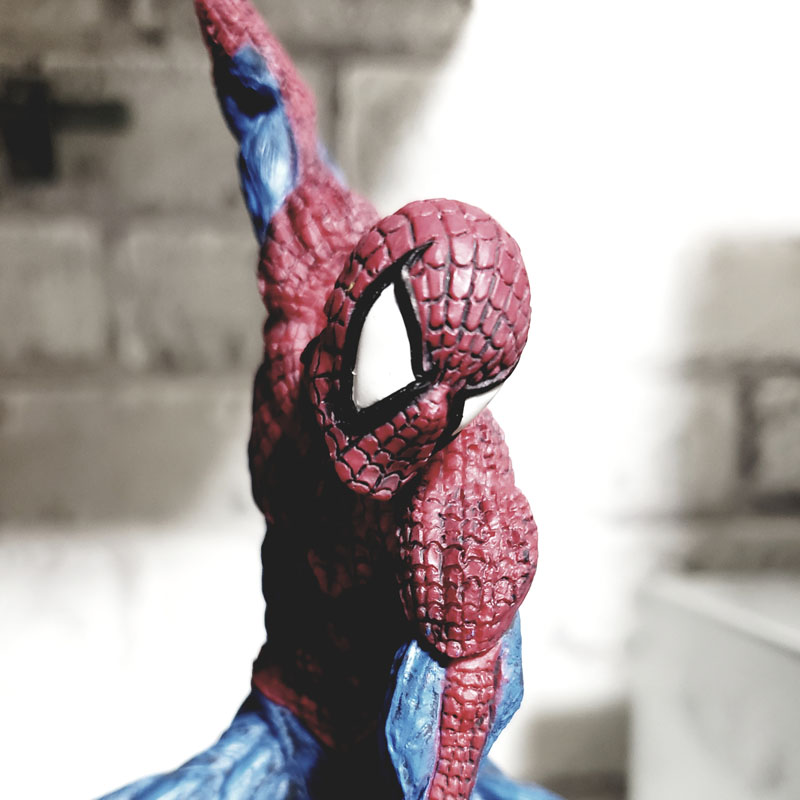 Yeaaaaah, I finally got that Spider-Man figure!!!

That figure, among others, is actually a prize distributed by Banpresto (but made in China because, you know…) that one gets from the UFO Catcher (the crane game machines). The thing is, I feel that since 2016 or so, it has become extremely difficult to get a prize fast, even for skilled people (I’ve spend hundreds of bucks on that, so I’m not a total noob). And spending more that 3000円 (if lucky, because it can go waaaaay higher) is – to me – a no-no (except if the item is very special). Keep in mind that the machines are rigged, and that nowadays it’s more based on how many times one tries rather than how it is done. Obviously, the how is important, but even if you know exactly how to do, the claws are set in such a weak way that it’s impossible to get the prize quickly. It used to be different. Hence my awesome self giving up trying to get figures.

“So how do you get figures, now?” will you innocently ask me with your  sparkling vicious eyes. Well, worry not, little stinky dove, I’m about to tell you! And the secret is… I simply buy them! Haha XD

There are several ways to do so:
1. One of the many stores that sell figures (and other goodies, it depends). But prices aren’t always advantageous, and that Spidey was actually quite pricey when I spotted it in May. Whereas last year, I bought a Son Goku for only 1000円 whereas it had been released a few weeks prior.
2. Online
a. On websites where prices are fixed (Amazon, Rakuten, Yahoo Shopping, etc.).
b. On websites where individuals sell their stuff, and prices can be negotiated (some facebook groups, jmty, etc.).
c. On auction websites, such as Yahoo Auctions.
d. The answer d.
3. Hm, right now nothing else’s coming to my mind.

And in that particular case, it was option 2c. I got both of them for 2500円, plus 660円 for the shipping fees. So let’s say 1600円 for one figure, which is not an absolute bargain, but is fine.

So those figures are a special edition, based on the “traditional” Japanese style, be it for the colors as well as the poses.
Spider-Man huge eyes aren’t without reminding Todd McFarlane’s version (creator of the kicking-ass Spawn), which is pretty awesome and gives a more threatening look. He is super shredded! That’s in my opinion the highest muscular level that one could get (in a natural way, if you see what I mean), and it looks super cool and motivating.

As for Iron Man, I believe that armor is based on the MK3 armor (2008) mixed with older models (the yellow part in the 70’s used to be some sort of fabric – or pyjamas?), although they made it more organic-like.

Anyway, I’m not gonna do a review, I bet there are some people that specialize into that, and they for sure do that better than I would (I won’t even take the risk trying). 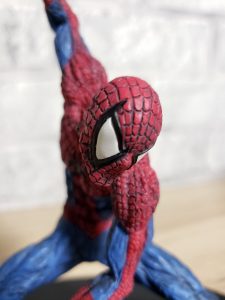 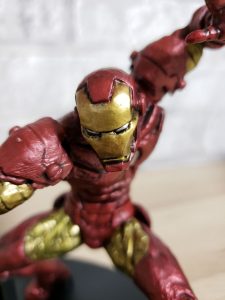 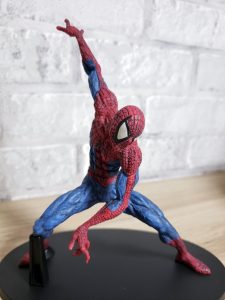 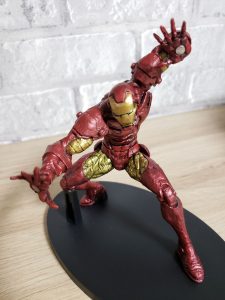 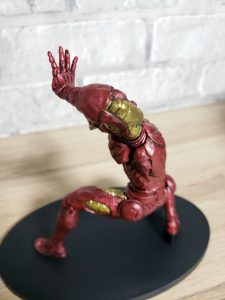 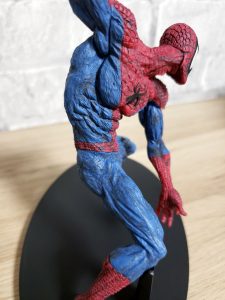 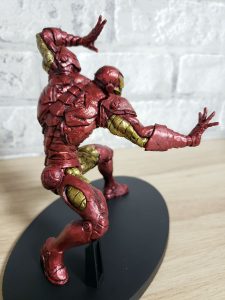