The Japanese and foreign languages, it’s a war of love stories: they love foreigners and their language(s), but they don’t give a shit about the use of the words, nor their meaning. I just wrote “the Japanese”, but it’s safe to generalize to Asia, as I’ve seen the same in Vietnam, and saw photos of some crazy shops in China as well. Here are some photos I took of shops/stores named according to some obscure reasoning beyond comprehension. But you’re free to focus your next thesis on that. Fame and wealth are only one published book away!

Let’s begin with some human anatomy. Not sure you’re familiar with that or not, but I’ll let you look for its definition. Honestly, with such a name, I wouldn’t be selling clothes, if you see what I mean. Riiiiiight 🙂 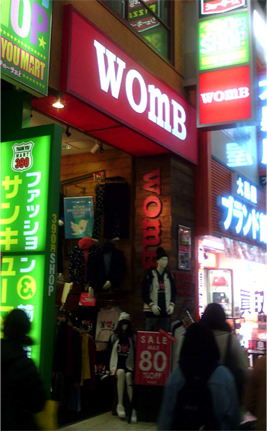 OK, that one is easy and arguable, but given the way the Jap (mis)treat English, it had to be pointed out. And anyway, you DON’T make a common word out another one such as dick, be it “dicky” or “dickey”! Seriously.

“fagot” is another spelling for “faggot”. I think that the owner of that Café-Restaurant is trying to tell us something.

Huoooooooooh!! Here comes a combo! French and English together, in ONE word, holy f…! Drugs are illegal here (like, even a god wouldn’t dare trying), but it seems that macha can make miracles. Let’s wake up a neuron and see if there is any meaning behind that. OK, we’ve got two words: “aimer” and “feel”. The former means “like” or “love”, and you know the latter. It’s a clothes shop (again), and in clothes right must you feel (says Yoda). So it’s probably about making you enjoy – if not love – the feelings offered by those clothes. But again, from people who managed to transform the pronunciation of gallery into gya-ra-ree (I’m not kidding… see ギャラリー), there isn’t much to expect. At least not such a deep meaning. Conclusion: they picked two nice words, put them together, added some pink, a star, and made every autochthon happy. That’s smart. Somehow. I guess. 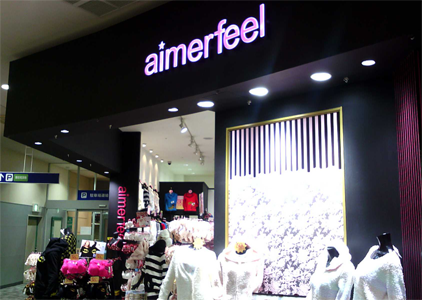 Again, some French. “tête” means “head”. And “labo”, well, I’d say from laboratory (laboratoire in French). Any meaning? I do not know, I’d rather not think about it. Ow crap, too late. OK, a hint: Hannibal Lecter. I just blacklisted that store. 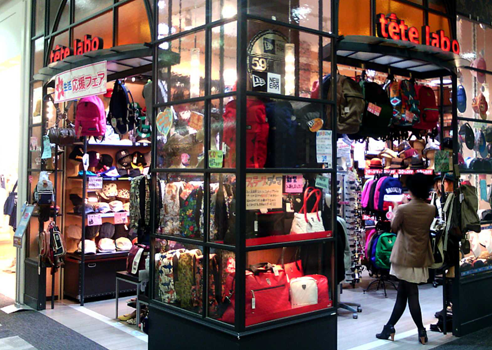 French. “comme ça” means “like that”, “the way it’s done”. Like, that’s the way you got to wear clothes and look like a model! Or “Hey, wanna see how your bank account gets lighter? Well, comme ça!”. You little f*ck…

I can’t figure what happened in that sick brain of his. I’d never name my shop “Angers Street” (Angers being a city in France – or is it from the English “to anger”?). I don’t even see the point. 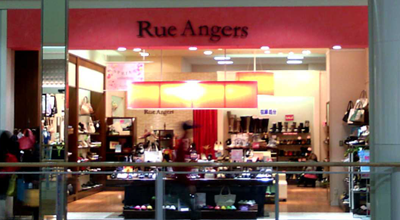 I think that one is cute. It’s a restaurant, and they named it “Potato” (from the French “pomme de terre”, literally “apple from the ground” – I hope you’re learning something you lazy ass!). That’s quite unexpected, but at least it makes some sense. 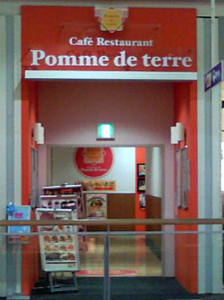 Yep, “Soup”, exactly. That’s what your face is going to look like if you keep giving such names to your stores!!! There are and will never be a machine or entity powerful enough to explain how some minds can come up with that. What’s after the Universe? We don’t know. What’s after having lost faith in humanity? That.

Here comes the champion, the icing on the cake, the cup for two girls, the lemon juice on the wounds, what’s going to make you happy and therefore now ready to die anytime. Again, French, but whatever, I’m translating and explaining, so stop complaining you creepy tadpole! “congés payés” means……. paid leave. Haha! Isn’t that beautiful? But what’s following is even better, as it has a direct link with the former phrase. “adieu” for “farewell”. And “tristesse”? “Sadness”. Farewell sadness, as today is a paid leave! “You can spend that pay in our store, for some expensive shit that cost us a few bucks thanks to those retards in Bangladesh, Vietnam and other countries located I don’t even know where and I don’t care.” I love that one, pretty hilarious. 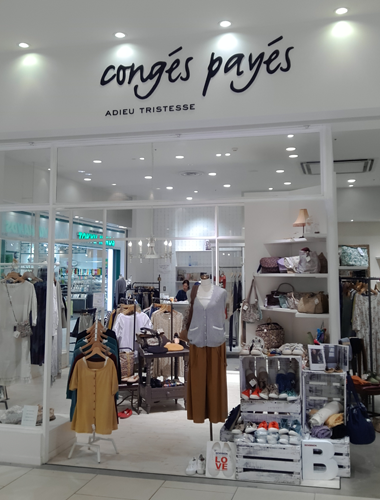 I hope you enjoyed those pictures and my enlightening comments!